Did this week just drag? Or maybe it zipped right by. We know, right?

Whatever your relationship with space and time, most of us are lucky enough to have another couple awesome days of work-free respite ahead. And that makes us want to...

Or something. Because Friday! Here's some stuff to help you start the weekend off right.

The Green Isaac's Special was one of his favs, apparently. You can whip up one of these at home by shaking two ounces of London dry gin with four ounces of coconut water, the juice of one lime, three dashes of Angostura bitters and some ice. Or, if you're out at a less-sophisticated establishment, Hemingway also loved whiskey sodas.

Everyone puts their phones in a pile. First player draws one at random and composes any message they want to anyone in the list of contacts. The owner of that phone then has to either send the text, or take a shot. Remember when drinking games involved cards? What a time to be alive. (Shoutout to Reddit user spaceonfire for this one.)

"It's made of boyfriend material." Don't expect it to work. Alternatively, you can go up to someone and say, "Hi, I'm [your name]. How's your night going?" If neither of these work, execute this dance move.

Something to think about: This Colorado teacher is giving her kidney to a student.

High school gym teacher Jen Sculley plans to donate her left kidney to a teenage student suffering from kidney disease. When she heard about the student's plight and found out she was a match, Sculley said the decision was easy. Have you done something nice this week? There's still time!

Sobering fact: Years of heavy drinking have a less negative effect on women, compared to men.

Researchers analyzing data from one of the largest studies on the long-term effects of alcohol found that two shots' worth of alcohol consumed by a man every day for ten years is linked to significant cognitive decline. Not a shocker. But women consuming a corresponding amount of alcohol per day -- they drank less due to female metabolism rates -- were not as affected. It's not clear why, but researchers suggested it could be due to estrogen.

Random piece of knowledge: A group of cats is called a "clowder."

A male cat is a "tom" and a female is a "molly." Cats also can't taste sweets because they're all essentially blood-thirsty killers.

Cheers! Have a great weekend!

Holy $%!& It's Friday!!! Here's How You Can Make It A Good One.
Famous Drinks from Your Favorite Movies 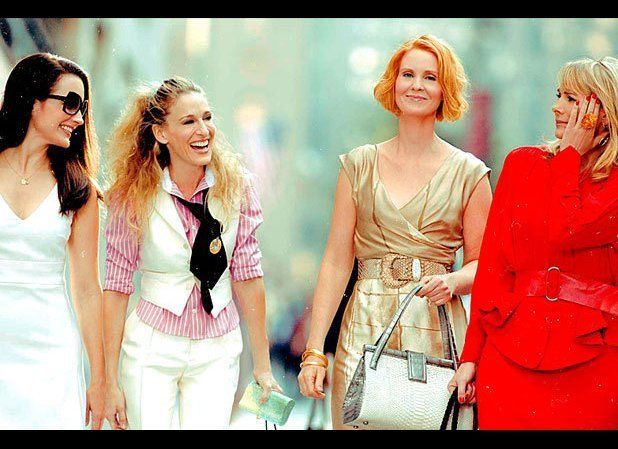 1 / 7
Cosmopolitan: 'Sex and The City'
<a href="http://www.thedailymeal.com/12-famous-drinks-ordered-movies/102313?utm_source=huffington%2Bpost&utm_medium=partner&utm_campaign=moviedrinks" target="_hplink"><strong>Click Here to see The Complete List of Famous Drinks Ordered in Movies</strong></a> While the drink was a staple throughout the television series, at the end of the first movie the girls head out to a New York City bar to celebrate and order a round of Cosmopolitans. When Miranda asks, "Why did we stop drinking these?" Carrie responds, "Because everyone else started!" A traditional Cosmo à la the Sex and The City gals, is made with vodka, orange liqueur, cranberry juice, and a splash of lime cordial. <em>Photo Credit: © <a href="http://www.flickr.com/photos/jonhmagagnin/" target="_hplink">Flickr /Joao Carlos Magagnin</a></em>