The plan essentially seeks to change the federal definition of a showerhead to allow manufacturers to dramatically increase water use.

Under rules Congress passed in 1992 in response to severe droughts, water flow from an entire showerhead is limited to 2.5 gallons per minute. The proposed change would allow manufacturers to apply that restriction to each nozzle on a showerhead.

The proposal would reverse 2011 guidance from the Department of Energy that determined that when Congress used the term “showerhead,” it “actually meant ‘any showerhead’ ― and that a showerhead with multiple nozzles constitutes a single showerhead for purposes of [the] water conservation standard.”

Conservation advocates called the proposal a “gimmick in search of a problem” and likened the complaint to a 1996 “Seinfeld” episode about low-flow showerheads.

“The new multi-nozzle showerheads would not only needlessly waste water, exacerbating shortages caused by drought, but also boost the carbon pollution that has made long-term droughts worse,” Andrew deLaski, the executive director of the Appliance Standards Awareness Project, said in a blog post on Wednesday. “No one benefits from this gimmick.”

Trump has long complained that efficiency standards on showers, toilets and washers make using the devices less satisfying, and last month he vowed to “bring back consumer choice in home appliances.”

Both rollbacks are likely to face legal challenges.

Roughly three-quarters of shower head models for sale use at least 20% less water than the legal limit, according to deLaski’s analysis of federal data. The top-rated showerheads on the product-review site Wirecutter used 1.75 gallons of water per minute.

Increasing water use would add new stress to the environment and ratepayers at a moment when both are under severe and mounting pressure.

Three entire U.S. states ― Colorado, Nevada and New Mexico ― are in a drought, according to the U.S. Drought Monitor. In Puerto Rico, the largest U.S. overseas territory, the government implemented water rationing throughout 26% of the island as drought yet again caused severe reservoir shortages.

Americans’ water bills, meanwhile, increased by an average of 80% over the past decade. 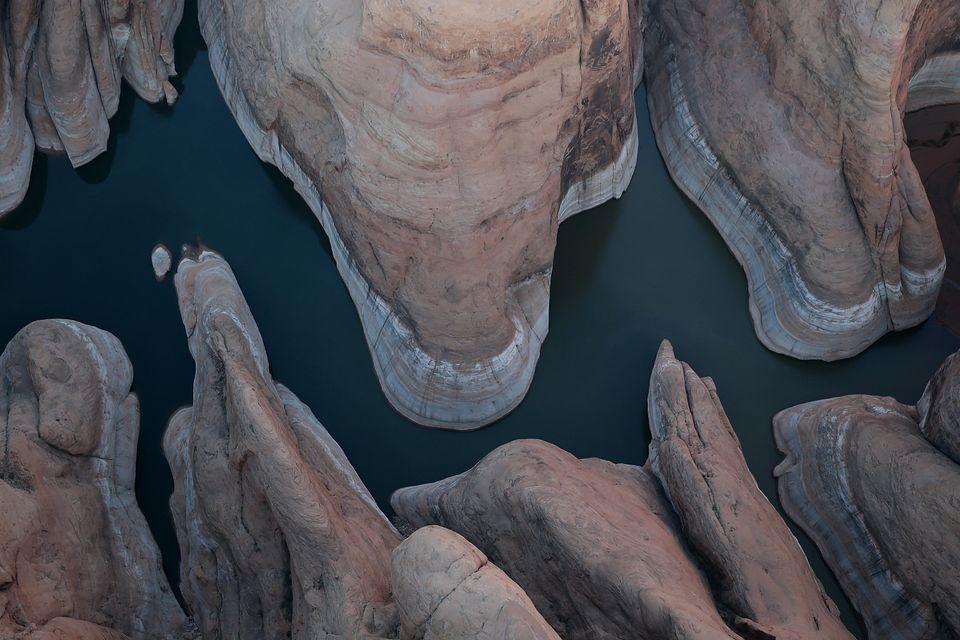 1 / 15
A bleached "bathtub ring" is visible on the rocky banks of Lake Powell on March 28, 2015 in Lake Powell, Utah. As severe drought grips parts of the Western United States, a below average flow of water is expected to enter Lake Powell and Lake Mead, the two biggest reservoirs of the Colorado River Basin. Lake Powell is currently at 45 percent of capacity and is at risk of seeing its surface elevation fall below 1,075 feet above sea level by September, which would be the lowest level on record. The Colorado River Basin supplies water to 40 million people in seven western states.
Justin Sullivan / Getty Images