Young and Entrepreneurial is a series of articles where I've decided to interview and write about young individuals disrupting the world, whether it's through entrepreneurship, research, non-profit work, intrapreneurship or singing, dancing, writing or by just doing something innovative that impacts the lives of many people.

These young individuals use their entrepreneurial mindset to get things done. These people strive to find ways to change the current equilibrium. By sharing the stories of these individuals, I hope to inspire youth from all over the world to follow their passions, to take the road less travelled and to disrupt the status quo.

A lot of people say that, 'entrepreneurship can't be taught', but it can definitely be learned. For young entrepreneur Akshay Oberai, being exposed to the Silicon Valley culture at an early age was only the beginning of his startup education.

Today, at the age of 25, Akshay is the CEO and cofounder of Tip'd Off, a social investing platform where peers can help each other invest in the stock market and share trading ideas. Akshay shared with me his journey and the lessons he has learned so far.

'It runs in the blood'

Entrepreneurship runs in the blood of Akshay. His father was a Silicon Valley tech veteran who encouraged Akshay to intern in startups early on starting at 14 years old. Akshay would also tag along all the business trips his father would go to. This early exposure influenced Akshay to pursue entrepreneurship in college.

"You just have to put yourself out there. A lot of people are scared of being rejected. But what you have to learn is the worst case scenario is you're going to get a 'no'," Akshay shared.

Entering college, Akshay was thinking about majoring in Electrical Engineering and Computer Science but he ended up deciding to study Business Administration and Political Science instead at Pepperdine University. He shared, "While it's very hard to become successful in the Valley without a technical background, I understood the technical aspect of things because I grew up around it and I wanted to understand the business side of things from marketing to raising money." 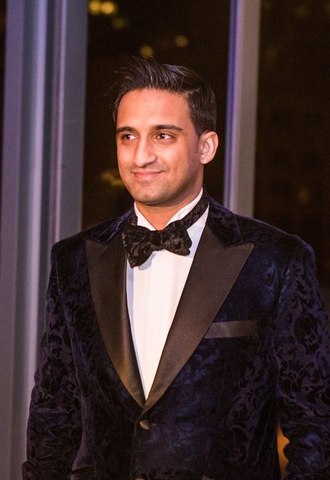 Hungry to start his own business, Akshay and his friends worked on an education startup towards the end of their sophomore year called Skiodo. Skiodo was a social coursework management system that would streamline everything for parents, students and professors. They had successfully raised $100,000 for their seed round before having to make a decision whether to drop-out or not and pursue the startup fulltime.

"Getting investors at the age of 19 was the hardest part. You have to present your hunger to investors. At the same time, you will get 500 no's before getting a yes so you just have to have a very thick skin," Akshay shared.

He added, "When we were raising a bigger round, I thought about whether or not I was going to drop out of college but I strongly disagreed with this drop out thing. A lot of people fail to realize that a lot of people who drop out were already successful before they dropped out."

His team eventually decided not to drop out and to just move on because of the fact that the education industry had so much bureaucracy that it had become really hard to test their product. However, Akshay still had his engineering team intact back in India and didn't want to let them down. This is where his second idea would come from. "I decided to keep the freelance team I was working with for my initial startup and start a freelance firm called Software Plantation."

He further explained, "I was interning for world leading defense company Pranalytica at that time and they needed to make a software, and we ended up becoming their satellite software organization." During that same time, Akshay also started marketing to college kids who weren't technical but wanted to build a prototype for an idea.

After graduation, Akshay was back in the Bay Area working for cyber security firm Norse Corporation when he ran into high school friend Ankush Saxena in a bar in Palo Alto. This friend would end up working with Akshay in Software Plantation and later on join him to start a startup.

'Let's learn how to invest'

At that time, Akshay was earning a good amount of money from Software Plantation and his job that he wanted to start learning how to invest. Akshay shared, "Ankush had this Google spreadsheet that he had shared to his father and brother. He started sharing it with friends like me and before he knew it, hundreds of people were viewing his spreadsheet."

One of the friends that had been viewing the spreadsheet as well was Akshay's childhood friend Rahul Sethuram, who he had known since birth and was currently working at Tesla.

Akshay and Rahul were relying so much on the spreadsheet of Ankush that it reached a point where they figured that there must be an easier way to do this. They also wanted to give expert investors like Ankush some monetary incentive to share their trade ideas.

This is where the idea for Tip'd Off was born. Akshay shared, "Rahul's father got us started off and seeded us with $50,000. My father also put in $50,000. We pitched them mainly on the team of Ankush, Rahul and I." 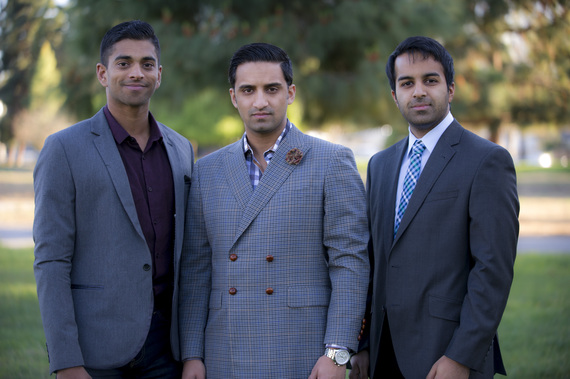 The Tip'd Off Team - From left to right: Rahul, Akshay and Ankush

Akshay understands how having a startup company isn't all the glitz that media presents it to be. He stressed how, "It takes a lot of time to be a good son, friend, but you have to realize that your life is this startup, and that a bunch of real people are investing in you." He added, "Always do what you love. If you start a company that you're not passionate about, you already failed."

Akshay also believes that people shouldn't just start a company for the sake of starting a company. "A good company has a long-term vision. Don't just start a company because you want to sell it." He added, "For Tip'd Off, I want to help people find success in trading. We want to each this generation how to trade. We want them to see us as a tool they can benefit from. We want to be a social tool for the community."

Akshay also stressed how, "Your network is your net worth". He shared how for Software Plantations for instance, a lot of his clients were friends he had met in entrepreneurship meetups that he knew needed help with prototyping. Akshay also shared how he had met his mentor Philip Inghelbrecht while in line at an Apple Store.

Akshay is a strong believer in learning and asking others for help. He shares, "At this young of an age, we're constantly learning. If you can get an internship at the age of 14, go do it." He added, "Having an ego and not asking for help is a big killer. You have to have zero ego because it's when you have zero ego that you're able to ask good questions to older people."

His advice to aspiring entrepreneurs was simple, "If you're a student who doesn't have an idea yet, learn, learn, learn. You learn things in the real world that you don't learn in school. You might learn how to look at a cap table from your finance class but do you know how to manage a team? Jump into a company that has a great growth potential and a product you're passionate about."

David Ongchoco is a student entrepreneur and avid storyteller from the Philippines studying at the University of Pennsylvania majoring in what he likes to call, LIFE. He is currently working on expanding his nonprofit organization YouthHack and social impact startup ThirdEye. It's David's goal to make an impact in the lives of as many people possible while constantly learning new things every single day. David can be reached at david.ongchoco@gmail.com