Although the common sentiment on Wall Street is that Shanghai streets are paved in gold for American companies, walking along the sidewalk in this bustling Chinese city does not necessarily make Americans feel at ease. Shanghainese cultural norms that include pushing, shoving, spitting, staring, pointing and shouting can make even the most streetwise Americans feel vulnerable. Moreover, pedestrians can see their lives pass in front of them while crossing streets where shiny Audis share the road with well-worn Toyota taxis as well as antiquated bicycles and carts stacked high with crushed boxes, winter vegetables, and giant drinking water bottles. Although crosswalks exist here, pedestrians accept that they are not respected by millions of drivers pushing their way through crowded, rain-slicked, intersections towards expected prosperity.

Buying something on the street in Shanghai requires one have a determined spirit to cut the asking price down by 50 to 75 percent -- a tiring process where volume and intensity seal the deal. American consumers can never be sure whether they are buying a brand name product or a cheap knock off carrying the exact same tag. Since the brand name designer products and their imitators alike are made here, they both have the "Made in China" label we have come to expect and accept.

Is the challenging street life of the world's most famous up-and-coming city the same impression a new generation of Americans expect from individual Chinese people? And do Chinese young adults accept their American counterparts who walk their own streets? In this internet age, how much do we really know about each other? How much are we alike?

To find out, ten American and ten Chinese college students gathered together for The Listening Conference last weekend in Shanghai's posh Bund district. The Conference was inspired by the award winning 2008 documentary film, The Listening Project, which sought to find out what the world thinks about America. This weekend's goals are cross-cultural dialogue and friendship building. Enthusiastic students from Fudan University in Shangha and Pepperdine University in Malibu, California met Friday afternoon at Pepperdine's Shanghai International Program campus.

The Pepperdine students have been studying in Shanghai for one or two semesters, taking courses at Fudan, working internships throughout the city, traveling throughout Asia and learning Mandarin. Each American student was paired with a peer from China. They spent the weekend together, sharing a hotel room, building friendships, and learning from each other. As they stood on two sides of the convening room and found their partners, Pepperdine International Program Director Chris Van Velzer said, "This is the last time that you will be divided up between Chinese and Americans." After introductions, awkwardness gave way to giggles and smiles as the American students showed the Chinese students around their International Program residence. They then boarded a bus for their Conference hotel and an evening of ice-breakers and socialization.

Saturday morning, Dr. Ni Shixiong, former Dean of the School of International Relations and Public Affairs and former Director of the Center for American Studies at Fudan University, set the thought-provoking tone for The Listening Conference. After he spoke on The Three P's of Sino-US Relations: Progress, Problems, and Prospects, the twenty students talked and shared their reactions. On Sunday, the conference finished with reflections, closing ceremonies and hopes for the future. The weekend is an important exercise in applied social science and international bridge-building. Students should have gotten past expectations that are formed on the streets of Shanghai and in their classrooms. A new generation of American and Chinese leaders could begin to forge a future of acceptance, trust, friendship and diplomacy that reaches far beyond assumed and expected economic opportunities between two countries. 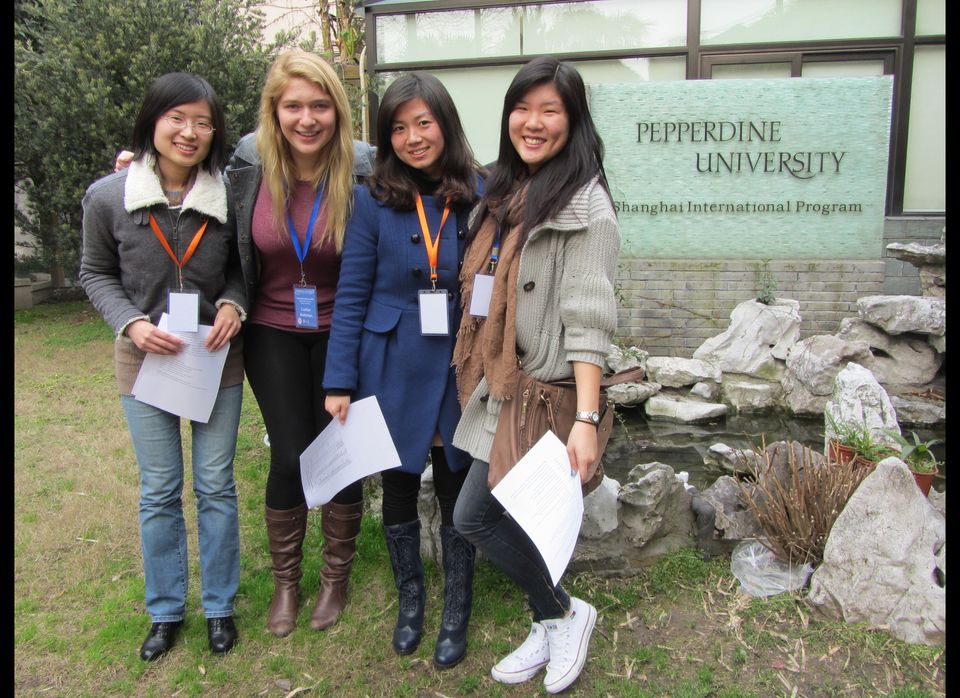