Meghan Markle spoke candidly about being a “working mom” during a “Ladies Who Launch” event in Cape Town, South Africa, on Wednesday, switching things up with a different outfit after meeting Desmond Tutu with Prince Harry and baby Archie earlier in the day.

The Duke and Duchess of Sussex, who welcomed Archie in May, have spoken a lot about parenting and their little one on their royal trip to South Africa so far.

“We’re only five months in right now,” the Duchess of Sussex said, according to The Daily Mail. “Being a working mum and traveling as well with a baby, my goodness it’s a lot, but it’s all so exciting.”

The former “Suits” actresses added, “There are days when it’s a lot to juggle but then you meet someone and you have an impact on them and you say ‘ah-ha,’ and it’s so rewarding.”

Meghan officially returned from her maternity leave in early September. She stepped out for her first royal engagement on Sept. 12 in support of her five-piece capsule clothing collection that benefits her patronage, Smart Works.

Her comments echoed similar statements her sister-in-law, Kate Middleton, has given over the years. Kate, who is mom to Prince George, Princess Charlotte and Prince Louis, knows firsthand the challenges of being a royal parent.

“It’s so hard. You get a lot of support with the baby as a mother particularly in the early days, but after the age of 1 it falls away,” the Duchess of Cambridge said, as reported by People, at a Family Action event earlier this year. “After that there isn’t a huge amount — lots of books to read.”

“Everybody experiences the same struggle,” she added.

Granted, not all of the same struggles, as the royals all have trusted nannies and entire royal households supporting them and their families as they navigate parenthood.

On Wednesday, royal watchers got their most intimate look yet at little Archie, who joined his parents for their meeting with Archbishop Desmond Tutu and his daughter, Thandeka Tutu-Gxashe.

“Thank you Archbishop Tutu for your incredibly warm hospitality, Archie loved meeting you!” read a caption on the Sussex Royal Instagram account.

It appears everyone got along swimmingly: 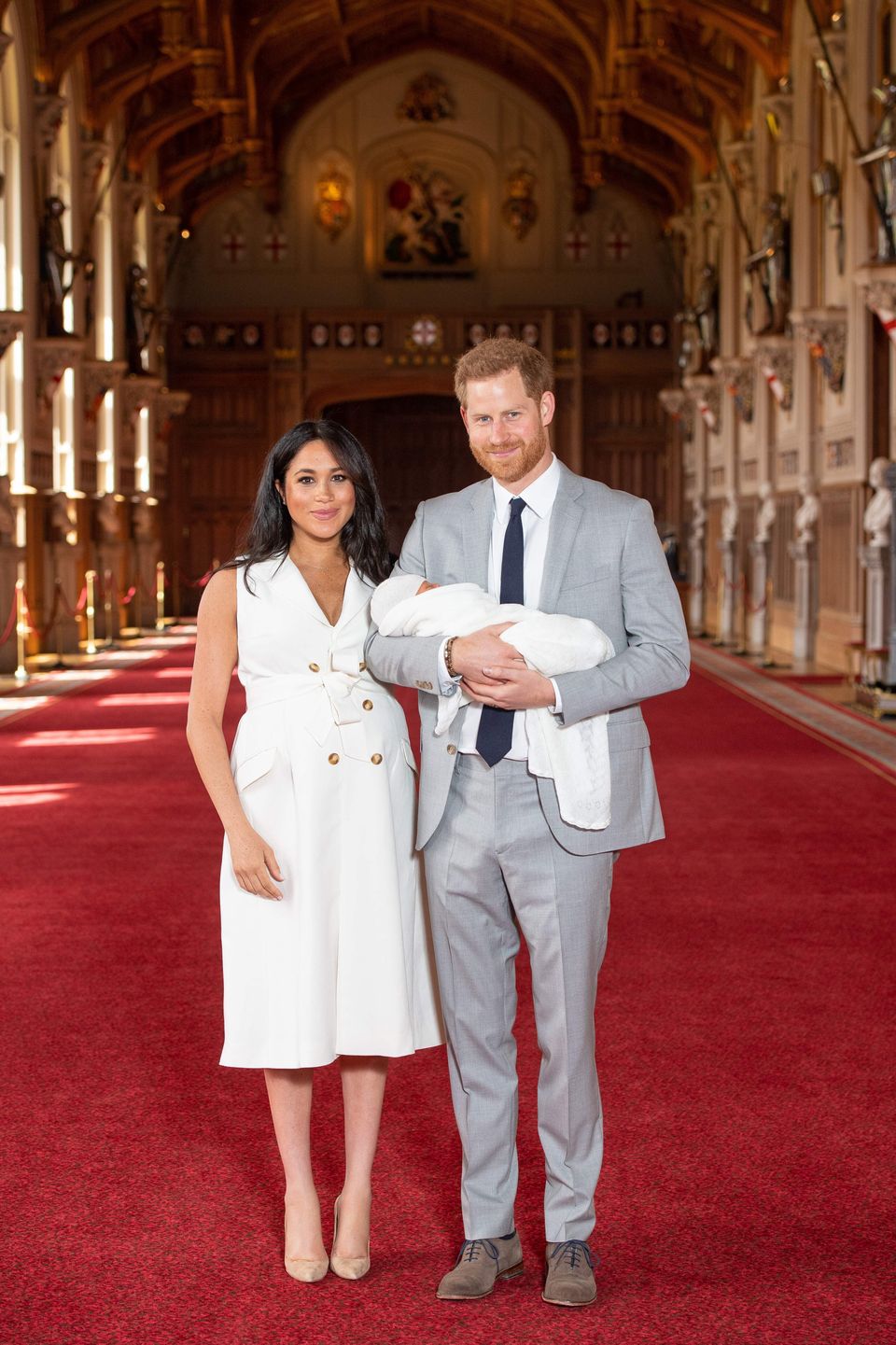 1 / 7
May 8, 2019
Prince Harry and the Duchess of Sussex pose for a photo with their newborn baby son, Archie Harrison Mountbatten-Windsor, in St. George's Hall at Windsor Castle in Windsor, west of London.
DOMINIC LIPINSKI via Getty Images